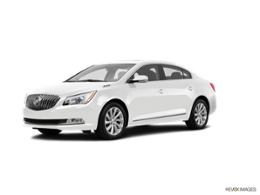 Alamo at Louis Armstrong International Airport in New Orleans was out of the mid-sized car we reserved, so the company bumped us up. The only cars available were “premium” models. They gave us a 2016 Buick LaCrosse.

I groaned to myself. My grandparents drove Buicks. They had two or three Buick Le Sabers that I remember. Each was nice – much nicer than my parents’ station wagons that hauled six kids around. Buicks of the 1970s and 1980s were not sleek or cool. My grandparents’ Buicks were always nice, even luxurious, with wide bench seats perfect for a kid under 10 to stretch out on to sleep during those seemingly endless drives from Maine to Mount Vernon, New York.

The one Alamo assigned to us was pretty darn new – only 230 miles. We put more than 600 on over four days.  It accelerates nicely – 50 to 80 in a matter of seconds when passing a pokey car on a two-lane road in Mississippi. It brakes great too – as evidenced by the fact that I did NOT hit the nut case driver who pulled out in front of me in Alabama.

Bottom line: Would I buy one? Probably not. I live in snow country. My next car will have four-wheel drive or all-wheel drive. Would I rent one again on purpose: Yes!  Would I encourage others to test drive/consider buying one: yes.  The price is around $40,000.

Have you driven a  car you love?  Would you buy a Buick?

2 thoughts on “A Buick? Really? What a Surprise …”